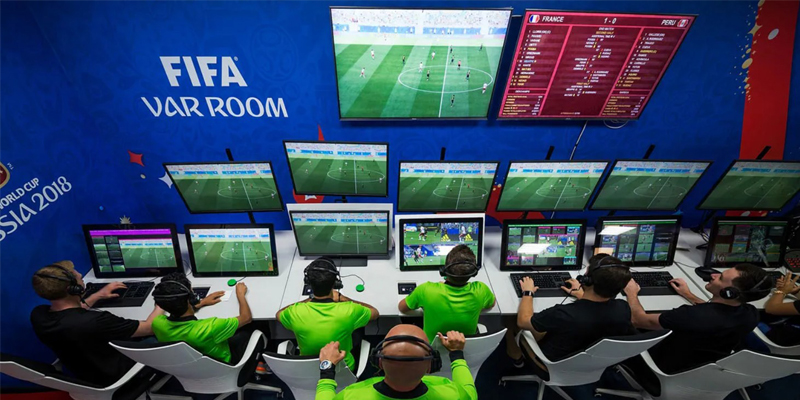 7 Things You Need To Know About VAR

VAR stands for Videos Assistant Referee. According to its name, VAR is one of the soccer referees who uses video recorder devices to review the game, helping the head referee to officiate and enforce FIFA’s Laws to the game more accurately.

Video Reply can help the head referee to understand and analyse the game more easily and accurately.

Take too much time to analyse the videos. Break the proceeding of the game. Therefore, usually VAR is involved at a controversial point such as scoring a goal or serious fouls for a penalty kick

2. When is VAR been brought into the world of Soccer?

The early version of VAR was introduced to the soccer world in the Eredivisie during the 2012-2013 season.

International Football Association Board formally use VAR in the year 2018. And VAR was written into the Laws of the Game by IFAB too

Therefore, compare with the long history of football, VAR is with a very short history.

3. Under what situation, VAR be used in a game?

Most calls are made by the head referee, only when some controversial situation happens, VAR will get involved. According to the IFAB VAR protocol:

“If the referee penalises an offence and then gives the wrong player from the offending (penalised) team a yellow or red card, the identity of the offender can be reviewed; the actual offence itself cannot be reviewed unless it relates to a goal, penalty incident or direct red card.”

As the game proceeds, the VAR and assistant VAR(AVAR) are watching the game in the video operation room. Generally, they don’t interfere the match, to make the game proceed smoothly. However, if there are events like ‘ a clear and obvious error’, ‘serious missed incident’ or situations related to the IFAB VAR Protocols as above.VAR will communicate with the match official or the head referee by referee intercoms or referee headsets. If necessary, VAR will request the head referee to watch the reply on a pitchside monitor.

5. Who makes the final call after reviewing the game with VAR?

According to IFAB VAR protocol: “The referee is the only person who can make the final decision; the VAR has the same status as the other match officials and can only assist the referee.”

Head Referee will make the final call after viewing the VAR replay. They can take, change or rescind any disciplinary action which is within the laws of the match.

6. Can Players or Coaches request the use of VAR?

No, they can’t. Only Match officials, VAR and AVAR can decide when video review gets involved.

7. How many times can VAR be used in a game?

There are no limits for VAR usage in a game. Generally, match officials and VAR don’t use VAR very often, because it takes time for the head referee to view the replay, and it will break the match time into pieces if VAR involves too often. Only in some important and controversial situations, match officials and VAR will use video to review the game.