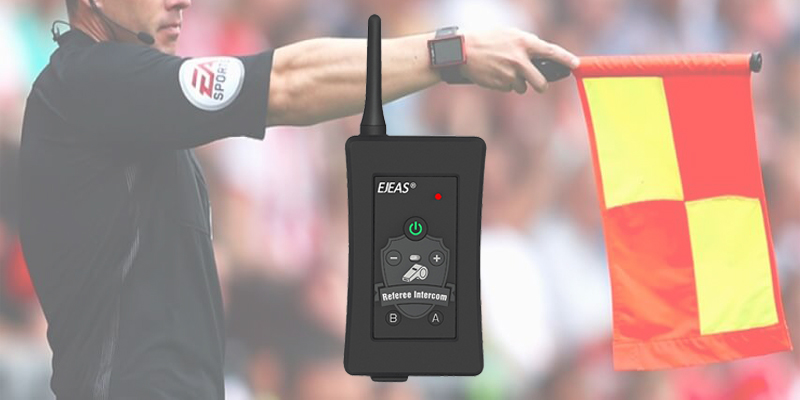 3 Ways Referee Use For Communication In Soccer Match

Communication is important for referees during match officiating. As a head referee, he not only needs to communicate with his assistant referees, VAR, and the official group but also with players, and coaches of both sides. Sometimes, referees need to communicate with the spectators.

In a regular soccer match, verbal communication is very important for a referee. The referee should make it simple and clear when he talks to players. So the players from both sides can understand what the referee wants them to do.

A good referee is approachable, but it’s not necessary to be so nice. After all, you are officiating a game, make sure the match proceeds within the rule. You are not making friends or making enemies.

If you are too nice and friendly to players, you won’t get respect from them, and they will challenge you in some situations. That’s not good for officiating.

If you are dictatorial, you will be hated by the players, after all, nobody wants to be lecturing as a child. So just don’t speak to players in a condescending manner.

Therefore, communication with players or coaches depends on their level. If players are tough and challenging you, you should be tough too. If they are nice, you can be a little approachable.

Generally, referees use body language and flag signals when these calls happen.

Here is a video to show the usage of signals communication

Referees also use body language to point out when foul infringements along with clarifying which team has gained a throw-in.

Using their hands and arms to signify on-pitch decisions is such an effective way for them to convey the necessary instructions so that the flow of the game remains as smooth as possible.

Face-to-face communication is good to understand, but it’s difficult for referees to talk face to face every time because the football field is quite large. The assistant referee (linesmen) are always staying on both sides of the field, the head referee is running on the field, and the fourth official stays on the pitchside. Although body language and flag signals can convey messages, it’s not very convenient. With the development of technology, the referee headset was brought into the football match in 2007.

With the help of referee headsets, the head referee can easily talk to the assistant referee and the fourth official.

For instance, the head referee can quickly make the call for offside when the assistant use referee headsets to inform him.

The head referee can also communicate with the fourth official and VAR, to receive a request for video replay or request VAR to prepare video viewing on the pitchside.

Together with flag signal and voice communication among the Head referee, assistant referee, fourth official, VAR and match official. The calls will be more accurate.