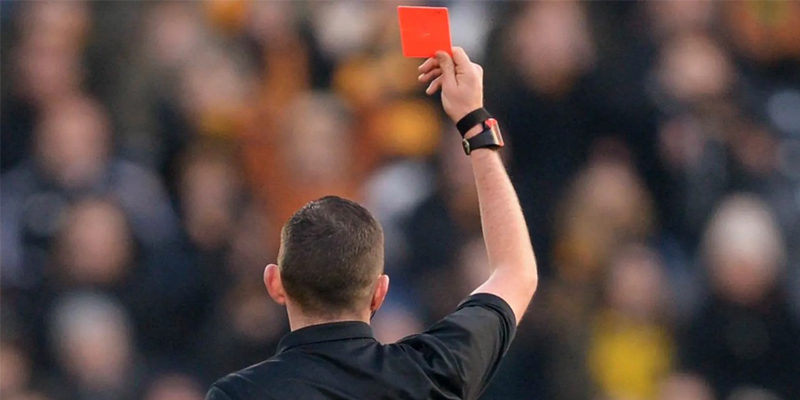 6 Things A Referee Need To Do If Been Assaulted

Sports are always good for people’s physical and mental health. However, in some sports, it’s inevitable for players to have body contact, and such physical contact, especially in soccer games, may turn into conflicts between both sides. Some players might turn their anger against the referees. In such situations, the referees might be assaulted if the players think the call of fouls is unfair to them. These kinds of things always happen. Therefore, as a referee, you need to learn to protect yourself and get the violent abuser into punishment, not only by the football disciplinary committee but also by law.

6 things Referees need to do if been attacked

If referees get assaulted while they are officiating a game, according to the law, certainly there are things referees should do and should not do.

1. Don’t fight back against the player who attacked you

This is the same for fans or coaches who attacked you. If your attacker is injured due to your retaliation, you could be subject to criminal liability for potential monetary compensation to the injured. By fighting back physically, you may be placing yourself in a no-win situation.

2. As soon as possible, obtain the names, addresses, and phone numbers of witnesses

The information they supply may be critical to you and your attorney.

3. Immediately write down a complete version of what occurred and how you were injured

If possible, be sure to include the names, addresses, and phone numbers of your attacker, appropriate coaches managers, your fellow official, and scorers and timers. The more comprehensive your information, the better chance of a positive outcome.

4. Determine if a recording of the game and incident has been made; if so, obtain a copy of that footage or video of the game

Visual evidence can be of great value to you and your attorney.

5. Don’t discuss the incident with anyone; simply gather information

Many times, what you say is misunderstood or misinterpreted, which may return to haunt you during litigation.

Discuss whether you have a civil or criminal complaint to make against your attacker(s). If you are assaulted during or after a game you’ve officiated, you have the right to pursue both civil and criminal actions. Those options should be discussed with legal counsel.

After the incident, Referees can look back on the game and review your officiating. For which reason did the players attack you? Review the calls which may lead to an ejection or calls for unsportsmanlike behaviors. There are also some important questions you can ask yourself.

After the review of the incident by yourself, you will do better next time. Ask your partners for their views or review the incident with respected veterans to gain further insight. Some bad situations can’t be prevented or avoided, but many can.

The next game. After your self-analysis of the difficult situation, your next challenge is getting mentally ready for your next game. You’ve got to learn from the incident, but you’ve also got to clear your head to officiate the next game. It’s unfair to the game and its participants for you to carry over bad feelings from one game into your next.

In any case, the referee should be respected and can’t be assaulted. If violent abuse against referees happens, no matter what, the abuser should be punished by a disciplinary committee and Law.

The referee must have games under control, once the assault behaviors happen, protect yourself by keeping your distance from the violent abuser. The securities of the court and the justice players or coaches will stop them.